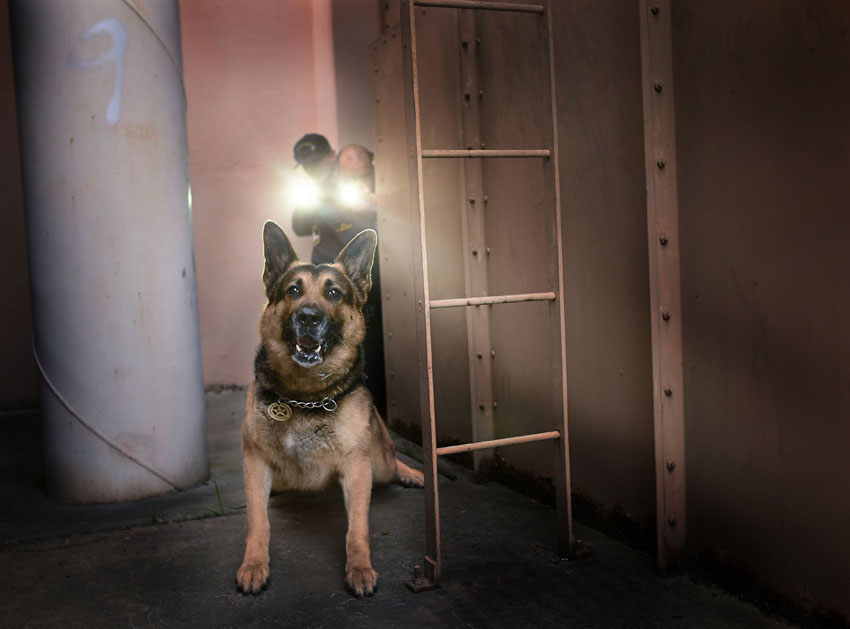 A dogs sense of smell is incredibly sensitive compared to the sense of smell of a human. A good example of this would be the cake example. When a human walks into a home where a cake has been baked, they smell the cake. When a dog walks into the same home they smell flour, sugar, eggs, and every other ingredient used to make that cake. Handlers use this incredible sense of smell to be able to find evidence that a suspect either dropped or tried to hide. Every time a person touches an item they leave a small trace of themselves on it. The dog’s sensitive nose is able to detect that human odor on an item and alert the handler to it.

A canine can also learn to distinguish other specific odors and alert their handler to their presence. One of the items the canines on the Sacramento County Sheriff’s Department Canine Detail have learned to detect is firearms. All firearms have a distinctive odor that allows a trained canine to detect its presence. Sheriff’s canines have located several firearms in the field which could not have been located without the use of the dog. Many of these weapons were recently used in crimes as serious as homicide.