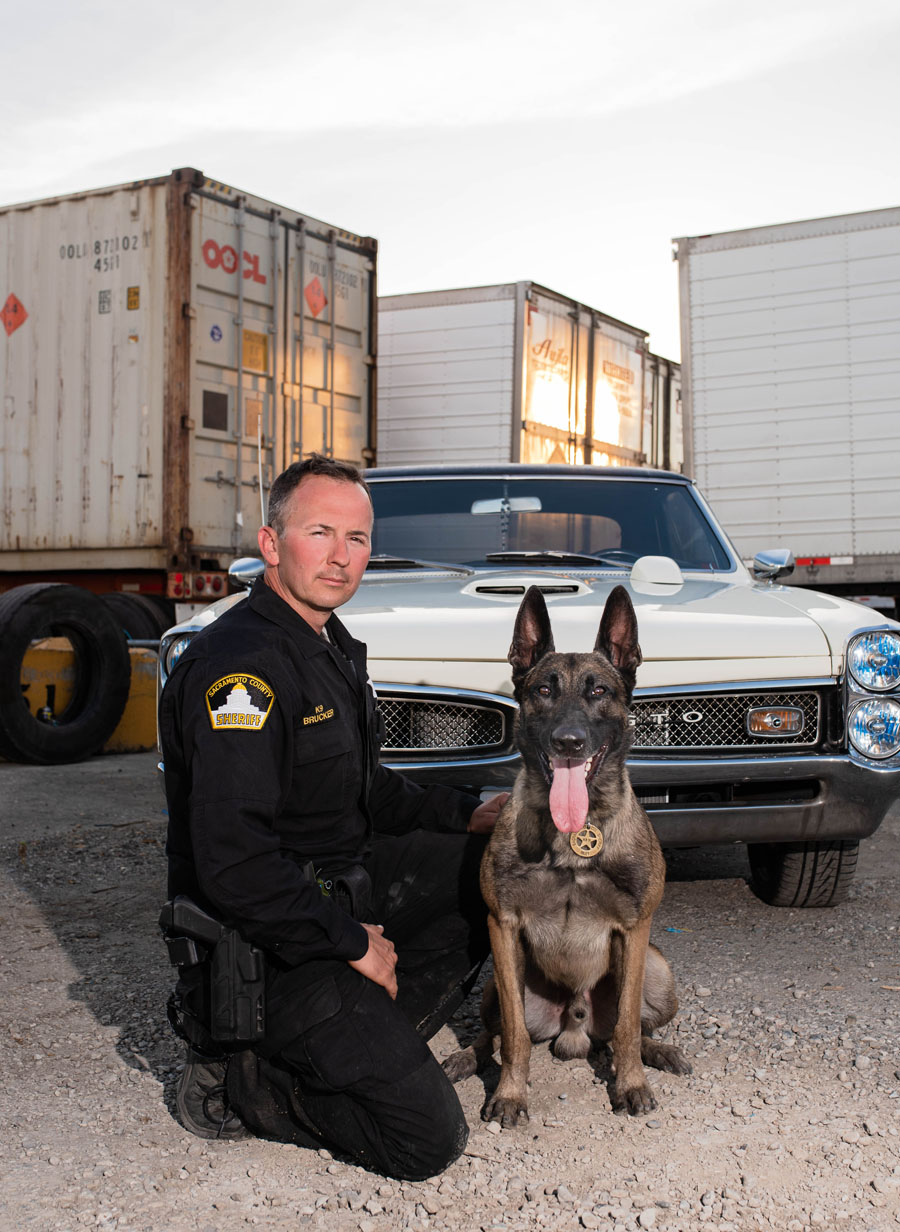 My name is Jesse Brucker and I have been with the Sacramento County Sheriff’s Office since 2008.  Upon successfully completing the Sheriff’s Academy, I worked multiple assignments which include Central Patrol Division, Rio Consumes Correctional Facility, and Sacramento County Main Jail Facility.

While assigned to the Main Jail Facility I worked in numerous positions, was a Jail Training Officer, and was a Custody Emergency Response Team (CERT) member/team leader. As a Patrol Deputy, I was assigned to the North Patrol Division in a position that assisted in covering all of the districts.

Searching for my next challenge, I began attending the K9 Detail’s training days.  I regularly assisted the detail as a decoy and canine agitator. In March of 2017, I had the absolute privilege of being selected as a K9 handler after an extensive testing process.  After working and training with several potential new canine candidates we finally came across my canine partner Riley.  Upon meeting Riley I could tell he was extremely smart, exuberant, a hard worker, and friendly.  We formed a bond very quickly and I couldn’t have wished for a better partner.

In March of 2018, Riley and I certified as a team (K911) and have been working patrol ever since.  We are currently assigned to the North Patrol Division.  We have participated in many area searches and building searches that have led to the arrests of suspects.  Riley is an absolute joy to work with and we look forward to working together serving our community for a long time!