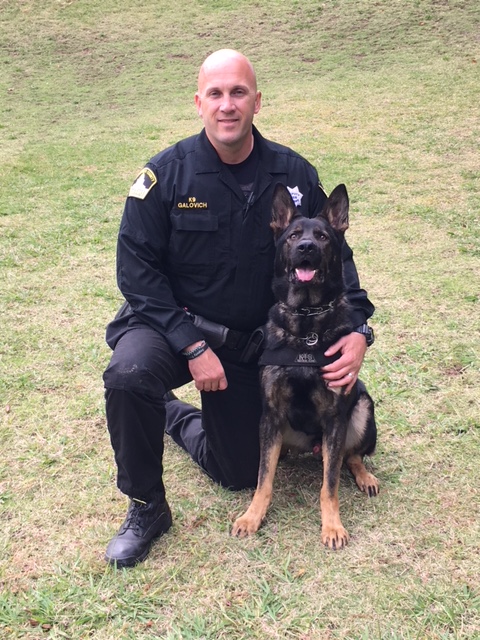 In 2000, I was hired as a Deputy Sheriff and assigned to Corrections at the Main Jail. While there I was on C.E.R.T. (Custody Emergency Response Team) and also Jail Training Officer. In 2003, I was assigned to Field Services (patrol) and was appointed as a Field Training Officer in 2007.

While assigned to patrol, I would assist K9 officers as a cover officer while they were conducting searches for suspects. I was instantly drawn to the aspect of utilizing a canine as an effective tool in patrol. I started assisting the Sheriff Department K9 detail during their training sessions. I participated by working as an agitator with searches and officer protection, which only ignited my passion and desire to become a K9 Officer.

In 2014 I applied for the position of the K9 handler and in early 2015, I was fortunate enough to have been selected. I was partnered up with a veteran dog named Ronin and worked with him for approximately two and half years until his retirement. I had a great experience working with Ronin but I desired the opportunity of training and working a new dog.

In September of 2017, I was lucky to be partnered with a German Shepherd named Cash. At the time, Cash was only 11 months old but he was very mature for his age. I completed the initial training with Cash in 6 weeks and we began working the streets.

While at work, Cash is all about work and you would never know he is a young dog. At home, the puppy side of Cash comes out when he plays with our family dog and chases his Kong. I look forward to new experiences with Cash and have developed a close bond with him.