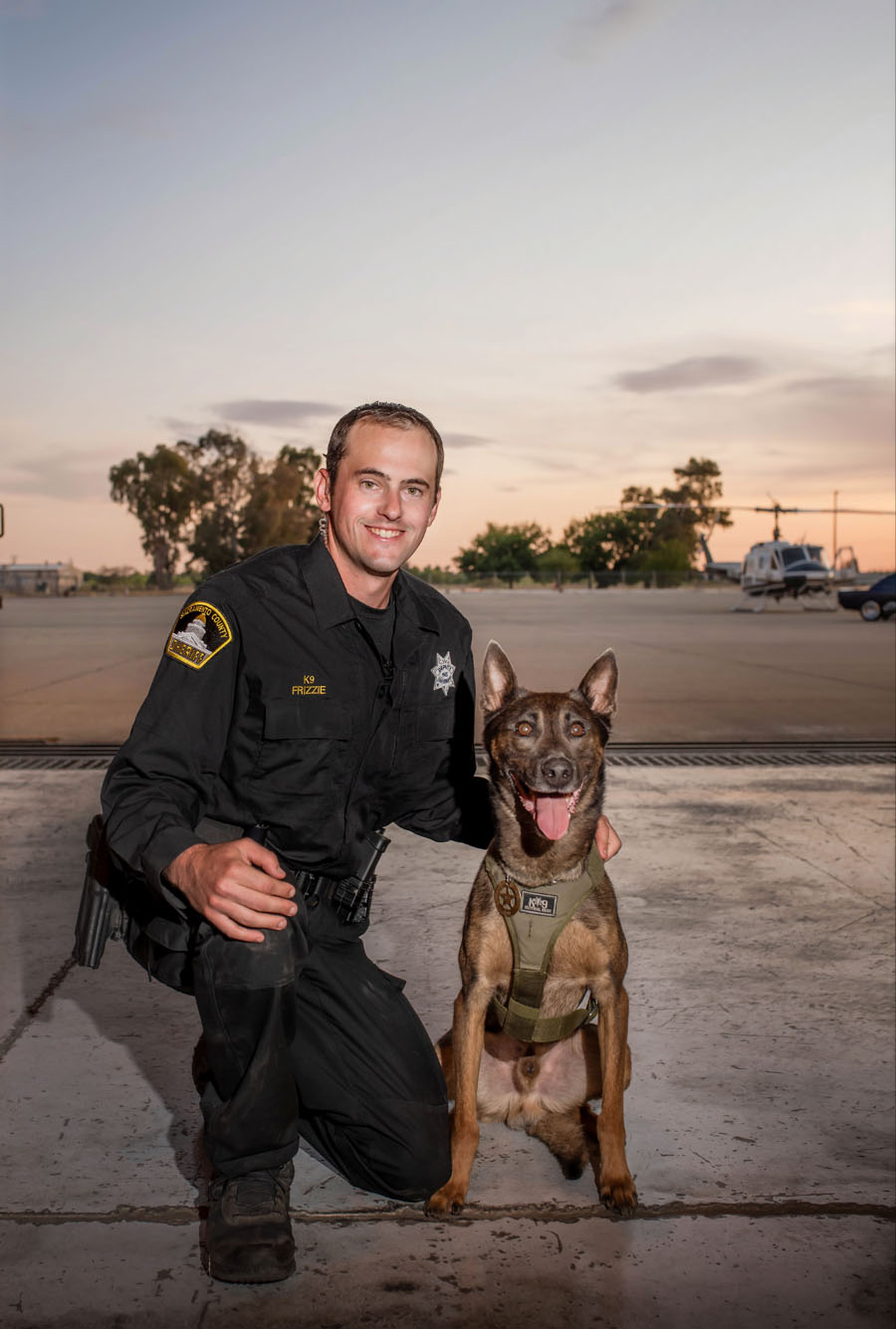 I began my career with the Sacramento County Sheriff’s Office in 2013. I was initially assigned to the Rio Cosumnes Correctional Center. After three years, I transferred to Patrol and began working in South Sacramento (Central Division) as a patrol deputy.

While on patrol, I enjoyed working with the patrol canine teams and began developing an interest in joining the Canine Detail. I began attending weekly trainings with the Canine Detail as a helper. By attending these trainings, I was able to begin to see how each team worked and what it took to become a Canine handler.

After leaving patrol, I applied for and was chosen for the Shot Spotter unit in South Sacramento. While working on this unit, I continued working with Canine Handlers and attending the weekly trainings. In November of 2018, I was selected to join the Canine Detail.

I was given the awesome opportunity to get to work with K9 Drake. He had previously worked with and was trained by Deputy Pomerson, who was promoted to Sergeant. Due to his extensive training and experience with Deputy Pomerson, K9 Drake was already ready to go to work and hit the field. K9 Drake and I certified within the next week and began our work.

K9 Drake is an eight-year-old Belgian Malinois. Even though he is eight years old, he still thinks he is a puppy and his age hasn’t slowed him down one bit. K9 Drake is certified in all aspects of patrol, including firearms detection.

In K9 Drake’s off time, he enjoys lounging around on the farm, keeping watch over all the farm animals as well as relaxing on the couch he claimed when he moved in.